Although It May Seem Like One, Sandman Overture is Not a Dream 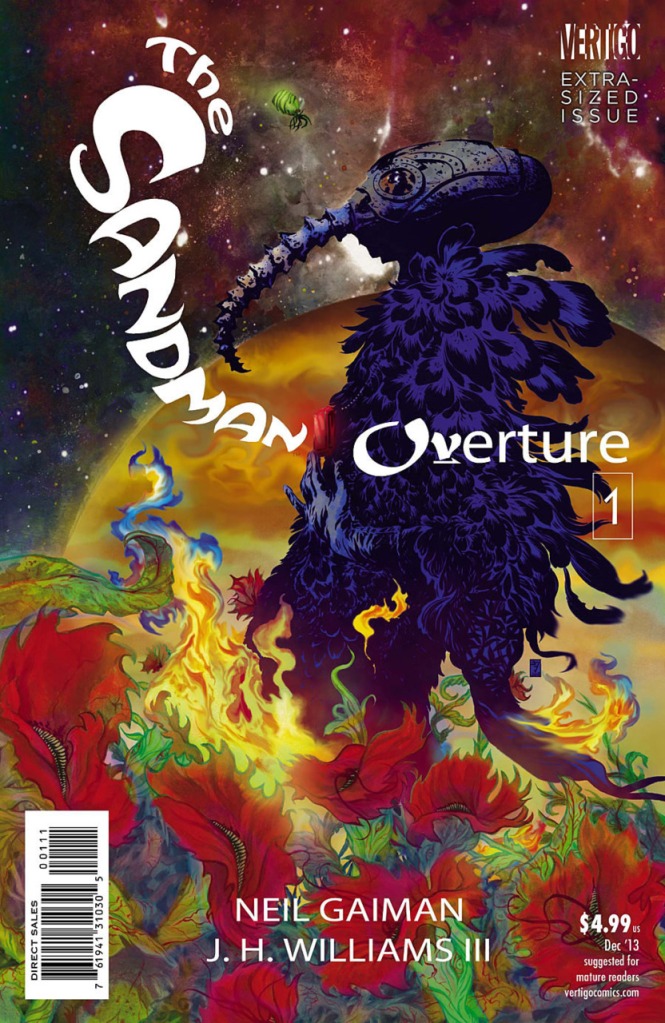 It’s not a dream, there’s a new Sandman comic out featuring…dream. I don’t think I’ve been this excited over a comic in recent years as I am with Sandman Overture written by Neil Gaiman and drawn by J.H. Williams III. Overture is a prequel to Gaiman’s series that ended about 17 years ago. The original series was way before my time, but several years ago a friend recommended the series, which was unlike any comic I’ve ever read or will possibly ever read.

The original series started in 1989 and centers around the Lord of Dreams, Morpheus, who is basically the personification of dreams. The series started as a gothic horror comic that eventually evolved into a wonderful fantasy series that sometimes took place on modern day earth, the “dreaming” and other worlds. It was a critically acclaimed comic, thanks in part to Gaiman who had, and still does, an imagination that never ceases to amaze, both in his technical achievements in his writing for the medium as well as the stories which could only come from his mind. 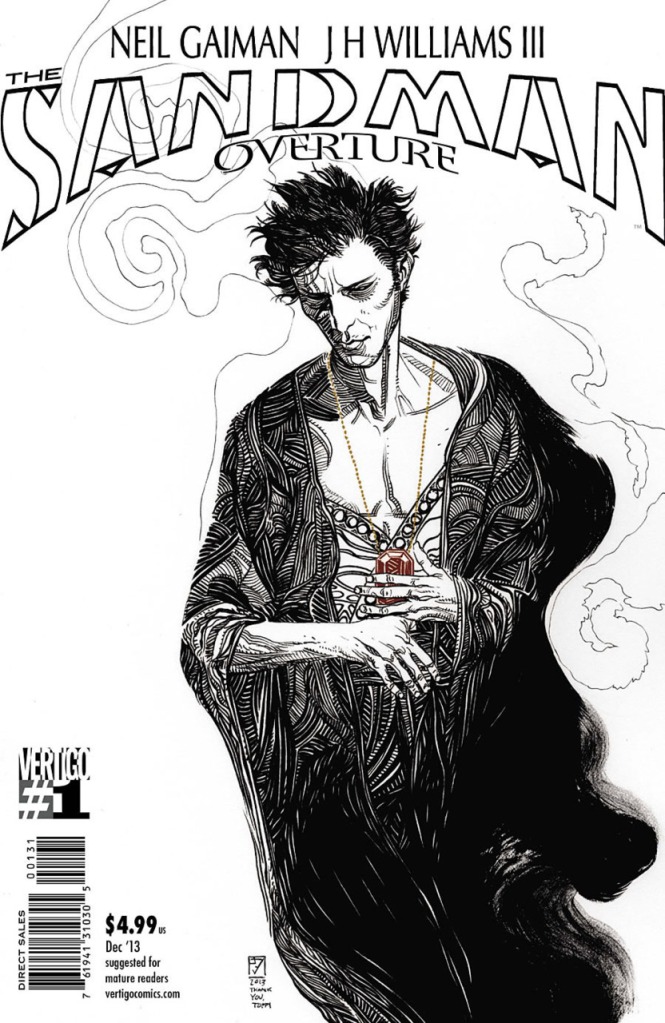 The awesome J.H. Williams III black and white variant cover I was able to track down.

Sandman Overture continues Gaiman’s tales of the Dream King in a prelude to his original 75 issue story. The setting for the story includes an alien planet, England in the year 1915, the Dreaming which is Morpheus’s realm and a man’s dream. Morpheus is in the midst of taking care of business regarding a dream he created when something diverts his attention and he begins an investigation.

There’s more to the story, including some of Morpheus’ family members making an appearance, but it’s also the characterization throughout the comic that really draws you into the story as well as the art. In the original series, there wasn’t a regular artist. There were different artists for each storyline which could amount to one issue to a whole story arc that would run across several issues.

Gaiman had a real knack of working with an array of artists that were perfect for the stories he had in mind for the original series, and Sandman Overture is no exception. The six issue series is drawn by J.H. Williams II, whose past work I’m not familiar with but glad this is my first time seeing his work in action. There are two extraordinary layouts in the issue that shows Williams can keep up with Gaiman when it comes to showing some real technical mastery and creativity.

I’m so psyched about the new series that I’m hunting down the Absolute Edition books that collected the series in five giant tomes. I think one of these every month will keep me occupied until the next Overture issue comes out (the series is set for a bi-monthly schedule, although it was recently announced the 2nd issue isn’t coming out until February).

I was just talking recently with some friends about science fantasy literature and games to which this blog is dedicated to, and can’t believe I missed mentioning Sandman. Maybe it’s because I still can’t believe there’s a new series after nearly two decades without one.